Hart voor de stad is one of topics we are going to cover in our blog “AT THE MANDELA HOUSE WITH ILCO VAN DER LINDE“. Check out the other topics.

Last week I had the pleasure to spend some time with an inspiring leading social entrepreneur, ‘future architect’ and initiator of various national and international campaigns and movements — Ilco van der Linde. Hart voor de stad, one of the initiatives he founded, and WeR1 Connection recently became partners.

We showed our heart to support everyone amid the coronavirus outbreak. But, I don’t want to spoil the party for you. In the next paragraphs Ilco explains the why’s and the how’s that you need to know to become an active member!

(Actually, just a tiny) spoiler alert: the initiative might evolve into a big event! Five-meter-tall heart at the Mandela house

WeR1: Hart voor de stad started off as an Amsterdam project, but of course, anyone who feels that the action appeals to them is welcome to show their heart. How do you picture this project growing?

Ilco: “As you know, we live in crazy times. People fear for their loved ones, their children, their jobs… they feel locked up! It’s creating a lot of stress in the society. Therefore, especially with the Mandela house, in the time when we need to keep distance, we should at least connect with the heart.

“… in the time when we need to keep distance, we should at least connect with the heart.”

I first decided to put a 5-meter-high heart in my garden. Then I thought, maybe I could ask everyone else in the city to show their heart for the people who work so hard in the care industry. Days and nights, nurses risk their own health and they really deserve our admiration and support. Besides that, we should also show our heart to our fellow citizens to inspire them to do something positive.

Basically, to support the initiative, someone needs to create a piece of art with a heart in it. There are lots of ways people showed their heart already, with visuals or a heartfelt message or even both — everything works!

The initiative is slowly growing. This Friday for example, a lot of shop owners in the area put hearts in the windows of their shops. But the most important way to make it grow is by having partners. Thanks to them, we can get exposure through various channels like newsletters, blogs, and get social media attention. Then it might grow into hundreds of hearts all over the city, which you can now see on the map of the website. Maybe we can even make it international. There is already interest in Singapore!

“An initiative is a bit like love itself: it starts somewhere, but then you don’t know how it will develop. The only way to do it is unconditionally — you show your heart without any expectations” 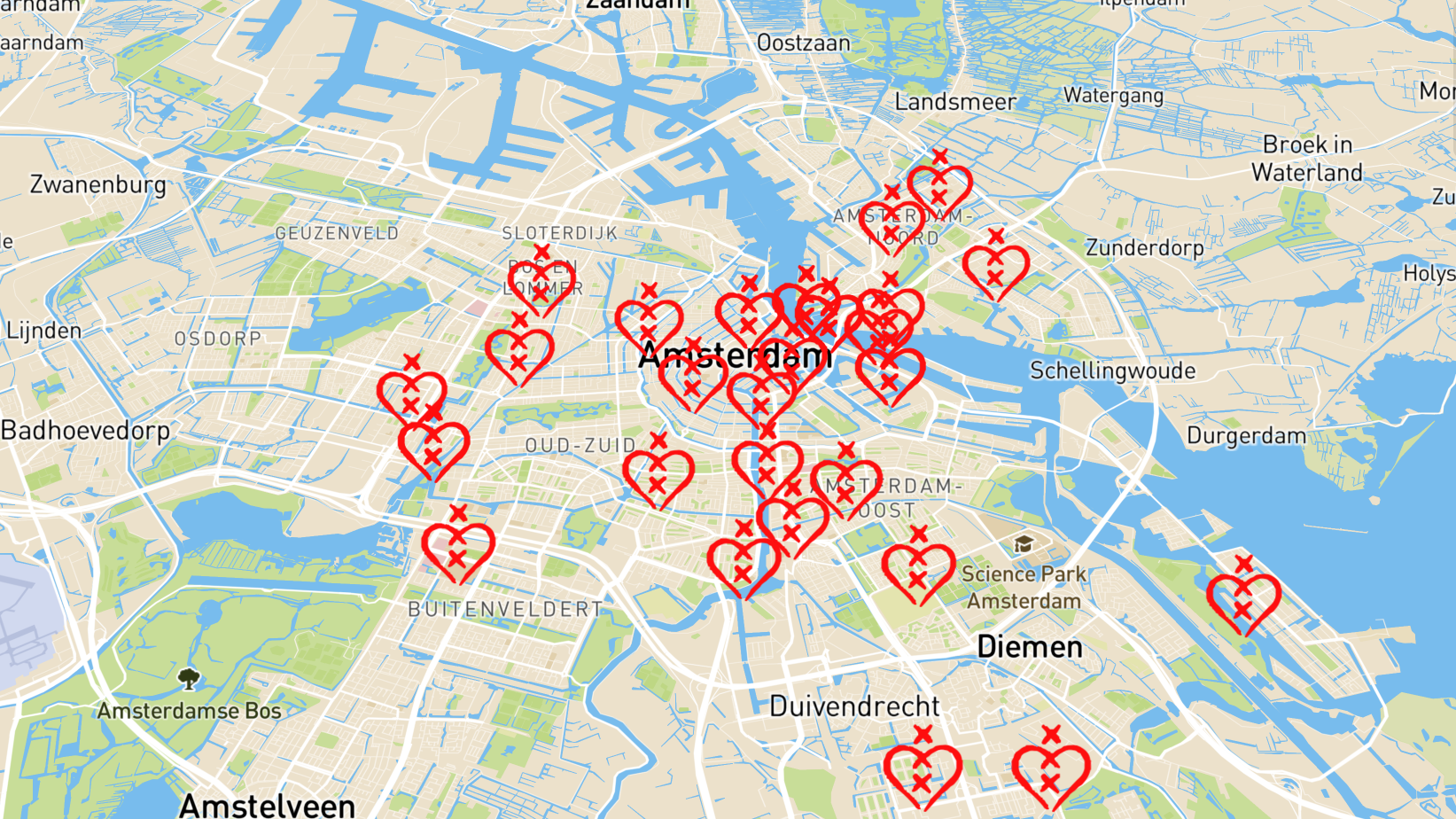 Hearts in the Amsterdam area

In the end, you never know how things will turn out to be. An initiative it’s a bit like love itself: it starts somewhere, but then you don’t know how it will develop. The only way to do it is unconditionally: you show your heart, without any expectations. If it helps one person to become more positive — you helped one person, and that’s enough! But it will already help many more, and that’s what it’s currently doing.”

WeR1: All these inspiring projects that you started in the past — the MasterPeace, the dance4life movement and the Liberty concert in the Netherlands — they all have music artists involved. Does that mean Hart vor de stad will also become a musical initiative?

Ilco: “The three main projects that I developed where the Liberty concert, occurring on the 5th of May. With over one million people, it’s the largest thematic youth project in Europe. Dance4life is another initiative that makes young people in 30 countries dance and at the same time break the silence about HIV and AIDS. A lot of DJs are involved here, for example. Then there is MasterPeace, which is active in 45 countries and it is not only involved with music. There are also art exhibitions, events, social media, dialogues, etc. The intention is to get to the hearts of the people in order to make them stop conflicts and work on building peace.

I believe that music and art are the best way to come in the heart of the people — and that’s where it happens. Most campaigns go to your head, but your head has already been fully programmed — by your parents, culture, religion — and it’s exploding! On the other hand, the way to your heart is sometimes super simple. So, with this initiative, we also encourage people to create pieces of art with the heart.

“I believe that music and art are the best way to come in the heart of the people … the way to your heart it’s sometimes super simple.”

The funny thing is, I had a call yesterday with some event organizers. The whole project might develop into a big concert by the end of the year to honor the health care workers. I already have a name for it — We Care festival. I believe, one of the things we can learn from this tragedy, is that we need to take care for each other. The world is running a bit crazy and I think that’s partly because everybody is so focused on themselves and making profit. We need to learn and do it better! We already proved that during this crisis we are capable of taking care for each other, the community and what we have as a collective.” 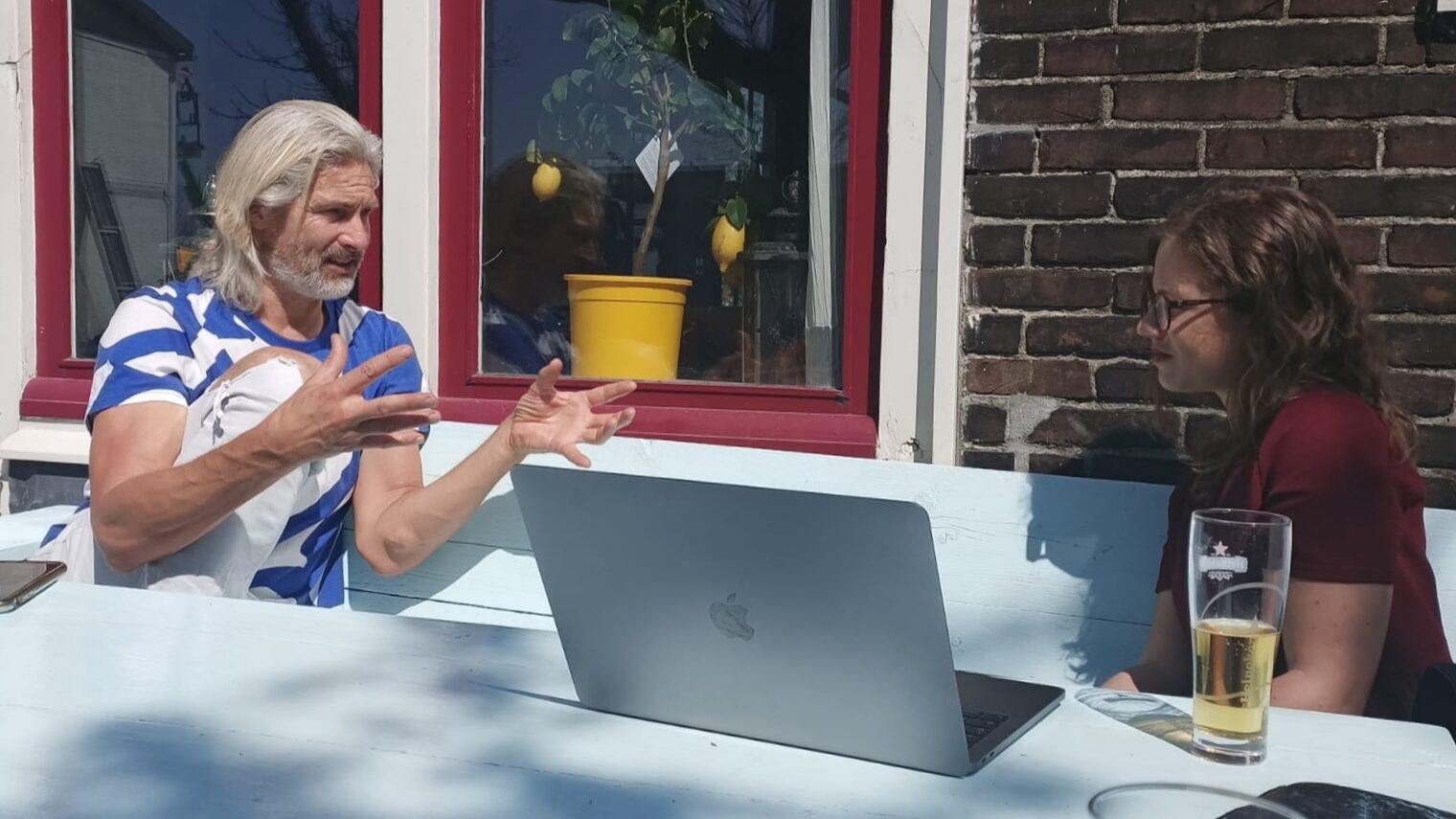 WeR1 Connection also believes that we can learn to do it better. There are plenty of takeaway points we can take from here and incorporate into our daily routine. Sometimes it is as simple as showing love to the person next to you.

Want to become member of the initiative and show your heart? Log in here and post a picture. Your heart will be visible on the map!

This website uses cookies to improve your experience while you navigate through the website. Out of these, the cookies that are categorized as necessary are stored on your browser as they are essential for the working of basic functionalities of the website. We also use third-party cookies that help us analyze and understand how you use this website. These cookies will be stored in your browser only with your consent. You also have the option to opt-out of these cookies. But opting out of some of these cookies may affect your browsing experience.
Necessary Altijd ingeschakeld
Necessary cookies are absolutely essential for the website to function properly. This category only includes cookies that ensures basic functionalities and security features of the website. These cookies do not store any personal information.
Non-necessary
Any cookies that may not be particularly necessary for the website to function and is used specifically to collect user personal data via analytics, ads, other embedded contents are termed as non-necessary cookies. It is mandatory to procure user consent prior to running these cookies on your website.
OPSLAAN & ACCEPTEREN